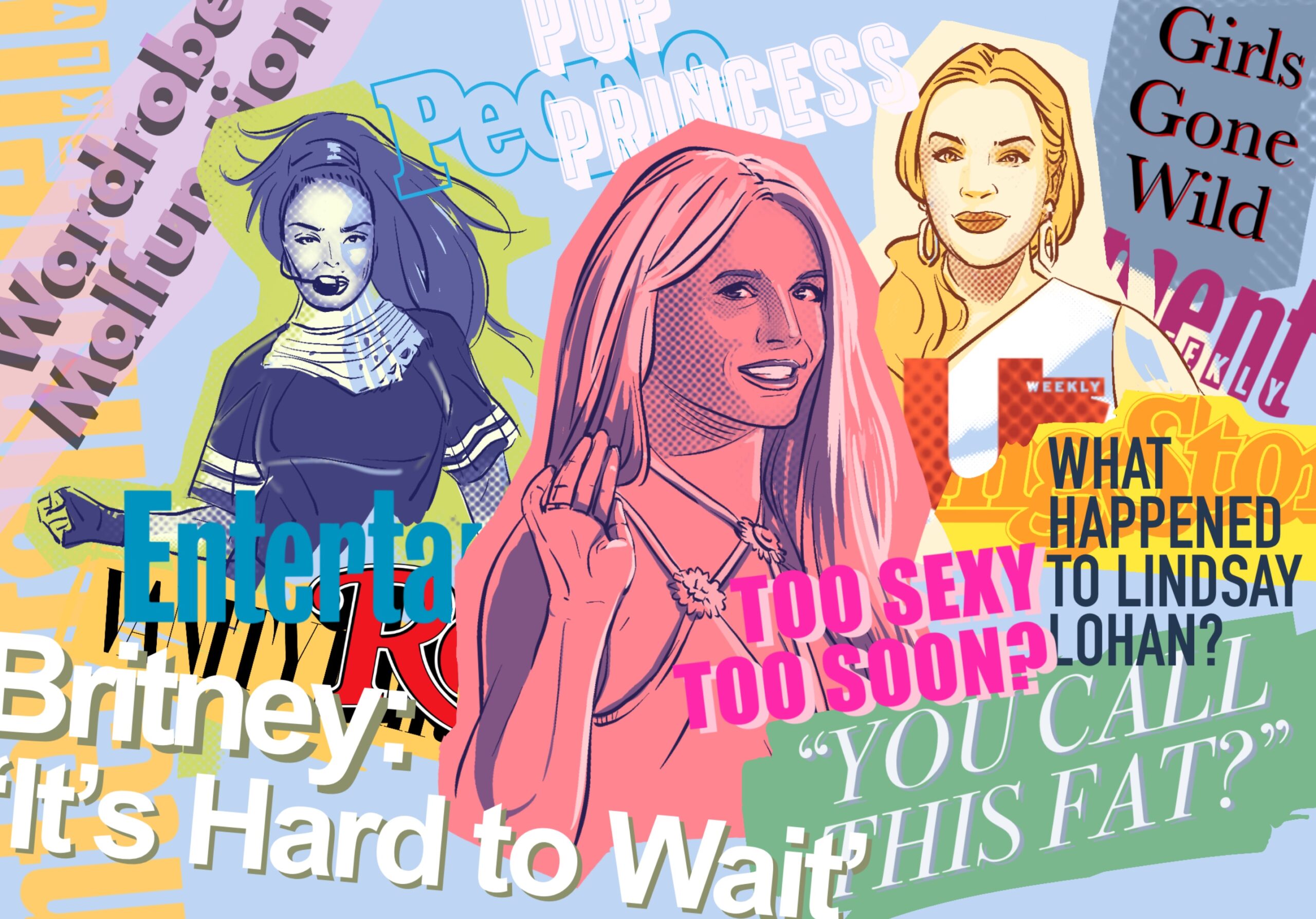 In February 2008, film director Michael Moore shared his opinion on the world’s fascination with Britney Spears during an interview on Larry King Live: “Why don’t we just leave her alone, and let her just go on with her life?” Moore’s take was seen as sympathetic, especially at a time when the media’s obsession with the pop music icon was at its highest. According to the New York Times, “There seemed to be a vicious cycle at play: The relentless paparazzi that followed Spears nearly everywhere left her exasperated and helped fuel public displays of frustration, which magazines then covered aggressively.” This eventually led to “dozens of television shows, magazines and internet sites, the combined value of whose Britney-related products easily exceeded $100 million a year.”

Now 13 years later, Britney Spears has returned to the regular news cycle as 2021’s “most talked-about pop star in the world,” but not by her own doing. After the premiere of the New York Times documentary, “Framing Britney Spears,” the world has begun to reflect on the mistreatment of the star. Following its broadcast, Twitter went ablaze and  “We Are Sorry Britney” became a top trending topic. A few days later, Glamour took to its Instagram and wrote, “We are all to blame for what happened to Britney Spears—we may have not have caused her downfall, but we funded it.”

Social media continued the conversation, demanding public apologies from everyone involved who helped in shaping the public’s negative perception of the star, including Diane Sawyer, Sarah Silverman and Justin Timberlake. Within days, Silverman spoke out on her podcast to voice her regret for the inappropriate jokes she made towards Britney and her children at an awards show in 2007. Soon after, Timberlake did the same, with a Notes app apology where he wrote, “I am deeply sorry for the times in my life where my actions contributed to the problem…I understand that I fell short in these moments and in many others and benefited from a system that condones misogyny…”

Post the #MeToo movement, we are now able to have serious conversations surrounding misogyny, mental health and the mistreatment of women. However, during the “golden age of celebrity tabloids,” Spears’ among many other women were unfairly targeted and are deserving of a public reconsideration of how they were treated.

A trend that started in the ‘90s and exploded during the ‘00s was a “market for humiliation.” During this time, many celebrity women were mocked, stalked or harassed on a weekly or even daily basis. Paris Hilton, Lindsay Lohan, Mariah Carey, Amy Winehouse and Whitney Houston (to name a few) were constantly berated and their struggles plastered across newsstands or made the punchline during the opening monologues of late-night television. Gossip magazines paid thousands of dollars for unflattering images, which were purchased from photo agencies and paparazzi (mainly made up of middle-aged men) who hounded these women, creating unsafe situations from New York to Los Angeles. The media’s coverage of Spears, Lohan and Hilton hit a fever pitch in 2007, to such an extent that Newsweek published a cover story entitled, “The Girls Gone Wild Effect” which “described the ubiquitous images and stories about these women…” As the executive editor of Variety and the author of “Ladies Who Punch” Ramin Setoodeh stated, “Magazines in that era were driven by damsel-in-distress narratives. It was almost like a sport to watch a woman self-destruct.”

Women were also vilified for situations that weren’t entirely their doing or fault. For example in 2004, pop legend Janet Jackson performed at the Superbowl Halftime Show with Timberlake where the infamous “wardrobe malfunction” occurred. Following the airing of the performance, Jackson was publicly shamed and blacklisted, significantly damaging her career forever, while Timberlake thrived. Years later, it was reported by the HuffPost that, “Viacom properties [such as] VH1 and MTV, and all Viacom-owned radio stations, stopped playing Jackson’s songs and music videos. The move had a huge impact on sales of her album “Damita Jo,” which was released in March 2004, just a month after the Super Bowl.” In 2018, Timberlake was invited back by the NFL and headlined the Superbowl Halftime Show solo.

THE DAWN OF A NEW ERA

Once the ‘10s commenced, the media’s dominance started to dwindle. With the rise of the smartphone camera and the popularity of social media, tabloid culture began to disintegrate. Celebrities were able to take control of their narratives, allowing them to directly connect with their fans through Twitter or Instagram. Beyoncé and Taylor Swift, two of the decade’s biggest stars, are examples of women who became the “shapers of their own stories.” Most recently, pop songstress Mariah Carey released her autobiography The Meaning of Mariah Carey, where she was able to finally reveal her truths “after so many years of letting the tabloids tell much of her story for her.” Additionally, artists are now more than ever before given the safe space to speak candidly about their mental health. Carey, Ariana Grande, Selena Gomez and Demi Lovato have all shared their stories publicly in the hope that they will enlighten others.

As this reevaluation continues in 2021, it’s hard to say if things have changed for the better from two decades ago. Just this week, Oprah Winfrey’s revelatory interview with Meghan Markle highlighted how years of negative tabloid coverage, rooted in misogyny and racism, can negatively affect someone’s mental health. Unfortunately for Britney’s case, she’s still dealing with the repercussions of the intense media scrutiny and pressure which began at the age of 16. She hasn’t specifically addressed the documentary since its premiere, but a recent Instagram post can be taken as a piece of advice for us all: “Remember, no matter what we think we know about a person’s life it is nothing compared to the actual person living behind the lens…” Hopefully, the world is ready to listen to Spears’ this time.